As a creative person, I’ve always had a hard time fitting into the workplace. But when I landed at my most recent position (“Creative Director” at RIDG), I quickly realized that I had to begin living up to the title, and be comfortable with thinking and creating in new and innovative ways.

I had a hard time letting my creative juices flow while “on the clock.” I was surrounded by designers and entrepreneurs and people who made a living thinking outside the box. We were encouraged to sketch, doodle, mind map, capture our notes visually, and use every bit of blank space (including the walls) to create. But for some reason, I thought that being creative wasn’t “serious” work, and that experimenting or playing fast and loose with ideas was something you did on your own time.

A few weeks in, I had a breakthrough. I remembered why it was difficult for me to be creative on someone else’s dime. I had somehow buried a bit of trauma from my past that had bubbled all at once to the surface. I had once lost a job because of my creativity. I had been fired for doodling.

It was probably 1995, and fresh out of high school I had been busing tables, bagging groceries and working construction on and off as a mason’s assistant and in a fire sprinkler shop. It was time for me to buckle down and get a real job. I applied anywhere and everywhere. I really wanted to be a graphic designer, and that’s what I was going to school for, but I didn’t have the experience.

Eventually, I was hired at the Florida Spine Institute as a medical transcriptionist. I think a family member had pulled some strings as a favor. My words per minute wasn’t the most impressive, but I got the job done, and I landed the gig. My interviews had gone well. I had filled out my W-2 forms. I was in the system and all set to go.

It was my first day on the job, when I was placed in front of a computer screen, given a pair of headphones, and thrown into the fire of monotonous surgical dictation. Next to the computer sat a blank yellow legal pad and a ball point pen.

It wasn’t long before my eyes began to hurt and my brain began to slow down, choking on the flood of multisyllabic words coming through the headset. So, I paused the recording and took a break. I had been doodling on that yellow legal pad for no more than 10 minutes (it was probably a skull or a unicorn or a dragon or something) when I remember the supervisor walking behind me, coming to a stop, clearing their throat, and asking to see me in their office.

Being caught doodling was a horrible feeling. It was like being caught in the act of … something inappropriate. I immediately felt shame and remorse.

I was sure that I was to be reprimanded for the doodling. I was convinced that I would be scolded and put back out on the floor. But that’s not what happened. I was told “we don’t pay you to draw” and that it wasn’t “going to work out.”

I was fired on the spot. And, it was baffling to me at the time. Part of me was shocked that there would be no second chance and another part of me started to think that this is simply the way “grown-ups” operate – the way adults do things. And, that maybe I wasn’t ready for a real job.

Today, I realize how fortunate I am to have escaped a work environment that just was not the right fit for me. But, I was also deeply affected by the slap on the wrist I received in that supervisor’s darkened office. I began to think that I would never fit in the workplace unless I stifled my creative side, that there may never be a place for someone like me in the adult workforce. That maybe, just maybe, my creativity was a handicap.

I think my next job was a brief stint at a car wash. After that, who knows. Eventually, I landed a gig as an Art Director at a local magazine. Years later, I would land in the advertising department at Creative Loafing and realize that media was where I belonged.

I learned that journalism was one of this country’s last and best institutions built on freedom of expression, that advertising can be both creative and subversive, that marketing is both an art and a science, that sales is all about relationships and that storytelling – the way we tell stories to ourselves about ourselves, is constantly evolving, and will never go away.

Creatives, take heart. There is a home for you out there somewhere. Whether you are young, young at heart or simply unable to sit still. Whether you see the world differently than most, or you love things about this world that most people never notice. Whether creativity is your religion or hold fast to the belief that doubt is the only thing that’s real. Whether you are an adult, or just “adulting,” we all wear a mask that tells the story in the world that we think needs to be told. We are all faking it, to some degree, and it all becomes real at some point.

So, keep practicing, keep searching for the perfect image and the purest sound. Keep playing, keep writing, keep painting, keep singing, keep building. Keep at it, stay vigilant, stay disciplined. Keep recording and documenting everything you do. Keep your head up, stay positive, stay motivated, stay connected. Surround yourself with people like you, but more importantly, surround yourself with people who are better than you and follow them.

And for God’s sake, keep doodling.

Learn how to turn your passion into a marketable product. Learn how to find your voice and use it grow your business. Sign up for Joran’s “Marketing for Creatives and Spiritual Types” workshop TODAY! 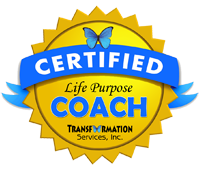 Get Daily Sentences delivered to your inbox!